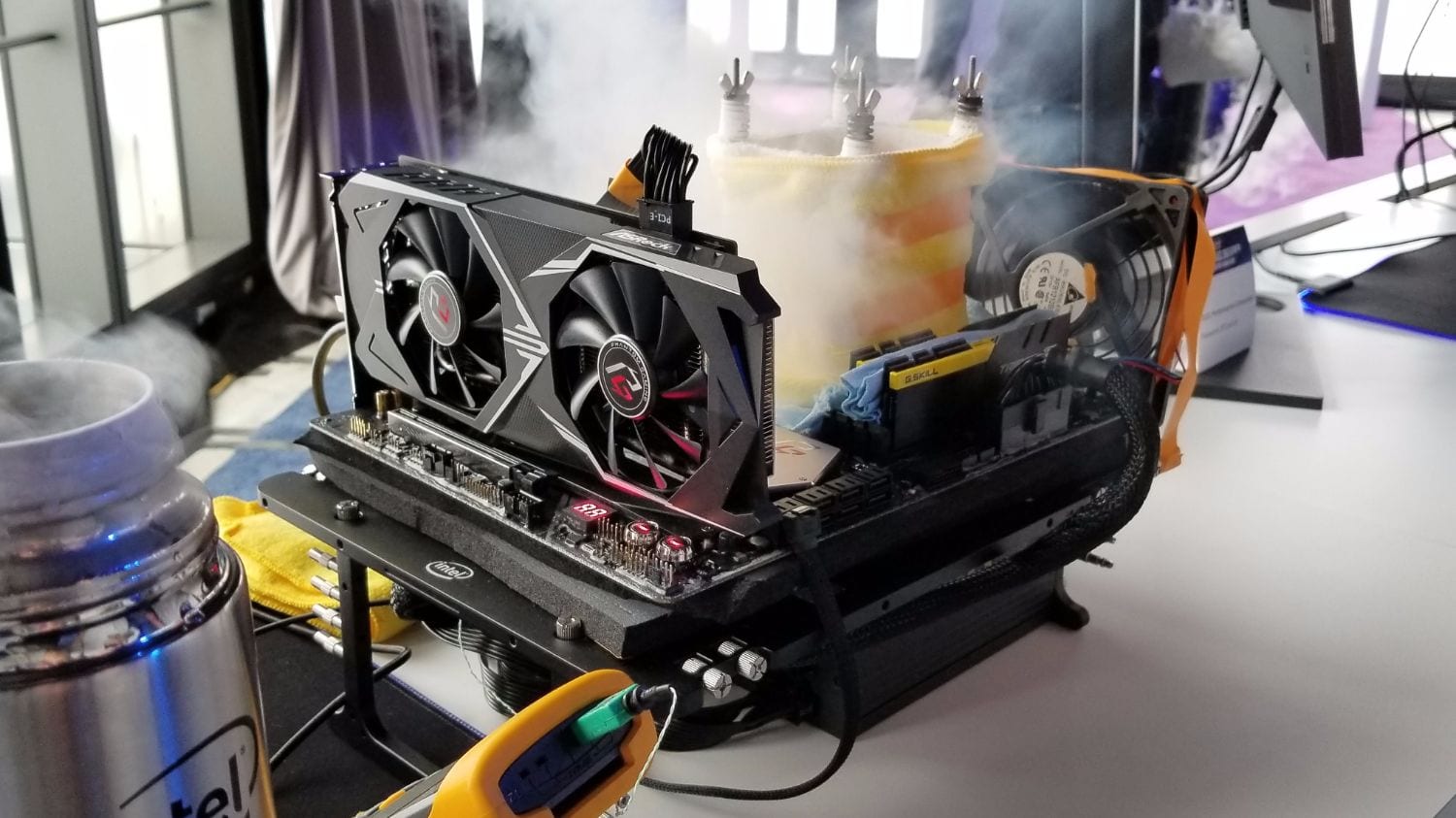 As I expected, Splave did have an unpublished result obtained on a Core i3 7350K processor in the Cinebench R15 discipline. However, this did not help the American overclocker break yesterday’s bigblock990 record.

It is possible that 769 points at 6754MHz are the limit for the Core i3 7350K sample used by Splave, and it’s time for an enthusiast to look for a new CPU. Time will tell. However, now we can confidently assert that in this category of “saved” results, Splave has no more and all-new achievements will be fresh.

Surprisingly, the components used by Splave are not very different from those that, for example, used bigblock990 in his yesterday’s record:

The Core i3 7350K processor was cooled with liquid nitrogen, which is already familiar for such bench-sessions. The CPU was installed in the ASRock Z170m OC Formula motherboard, and the company was joined by another unknown memory sticks that operated at a frequency of 4034 MHz, an unnamed video card, the same drive, and power supply.

Sep 17, 2019Cath
Core i3 7350K at the frequency 6783MHz: bigblock990 takes gold in Cinebench R15Rockstar Launches Its Own Store And Give Out Grand Theft Auto San Andreas For Free