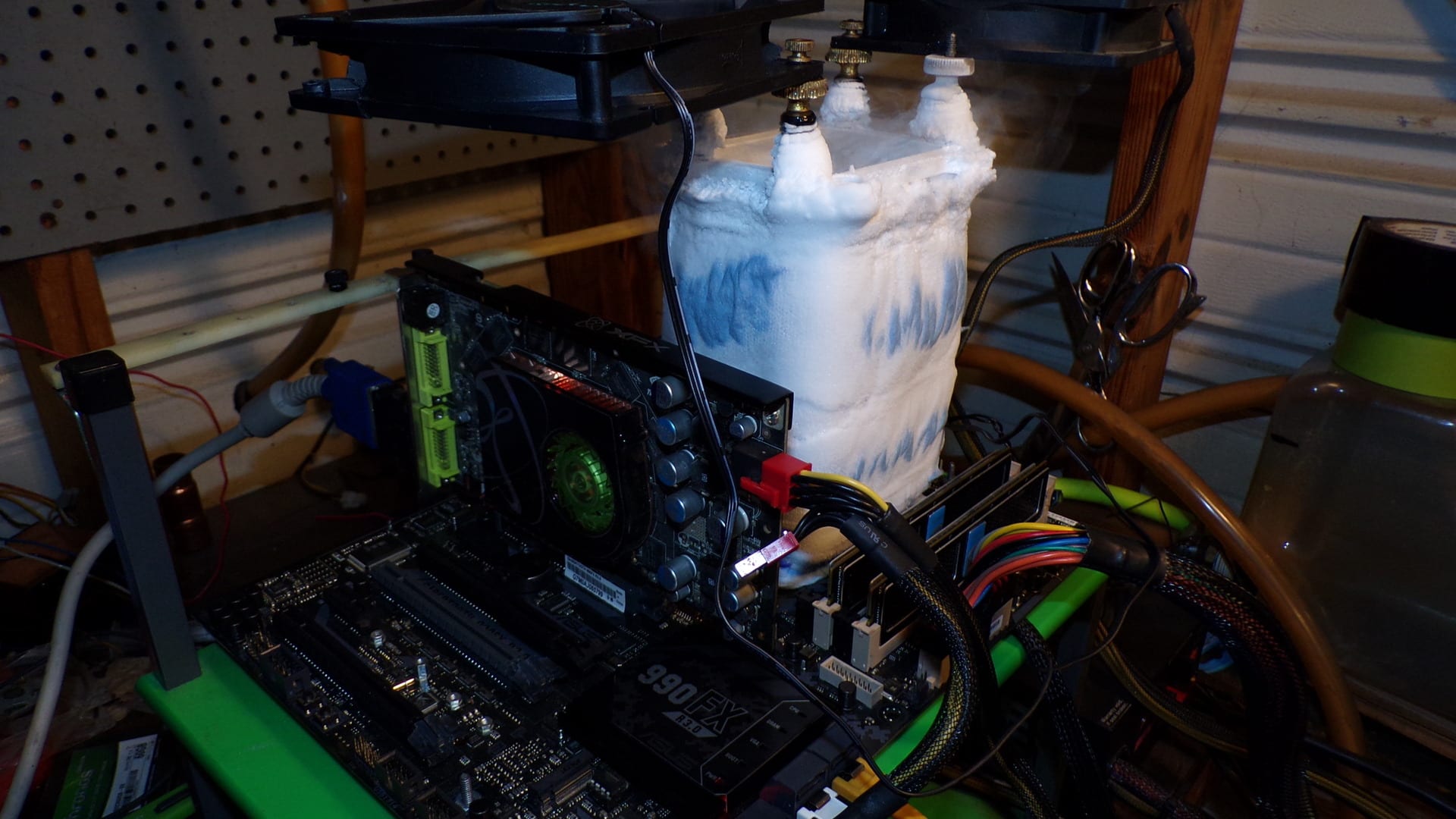 To climb the SuperPi – 32M pedestal, Unityofsaints overclocked the aforementioned chip to 5967MHz and completed the math benchmark with 12 minutes 4 seconds 110 milliseconds:

Separately, I would like to note that the Australian did not deactivate the processor cores and limited himself only to the usual for this discipline optimization of the Windows XP operating system.

Bones, in turn, first resorted to turning off one of the three cores of the Phenom II X3 720 BE chip, which in theory made it a little easier for himself, because, in the case of an American, the processor was able to submit to an impressive 6095 MHz.

Liquid nitrogen was used as a cooling system, which helped the overclocker to successfully complete the SuperPi – 1M benchmark with a result of 11 seconds 328 milliseconds:

The Bones test setup consisted of the following hardware: