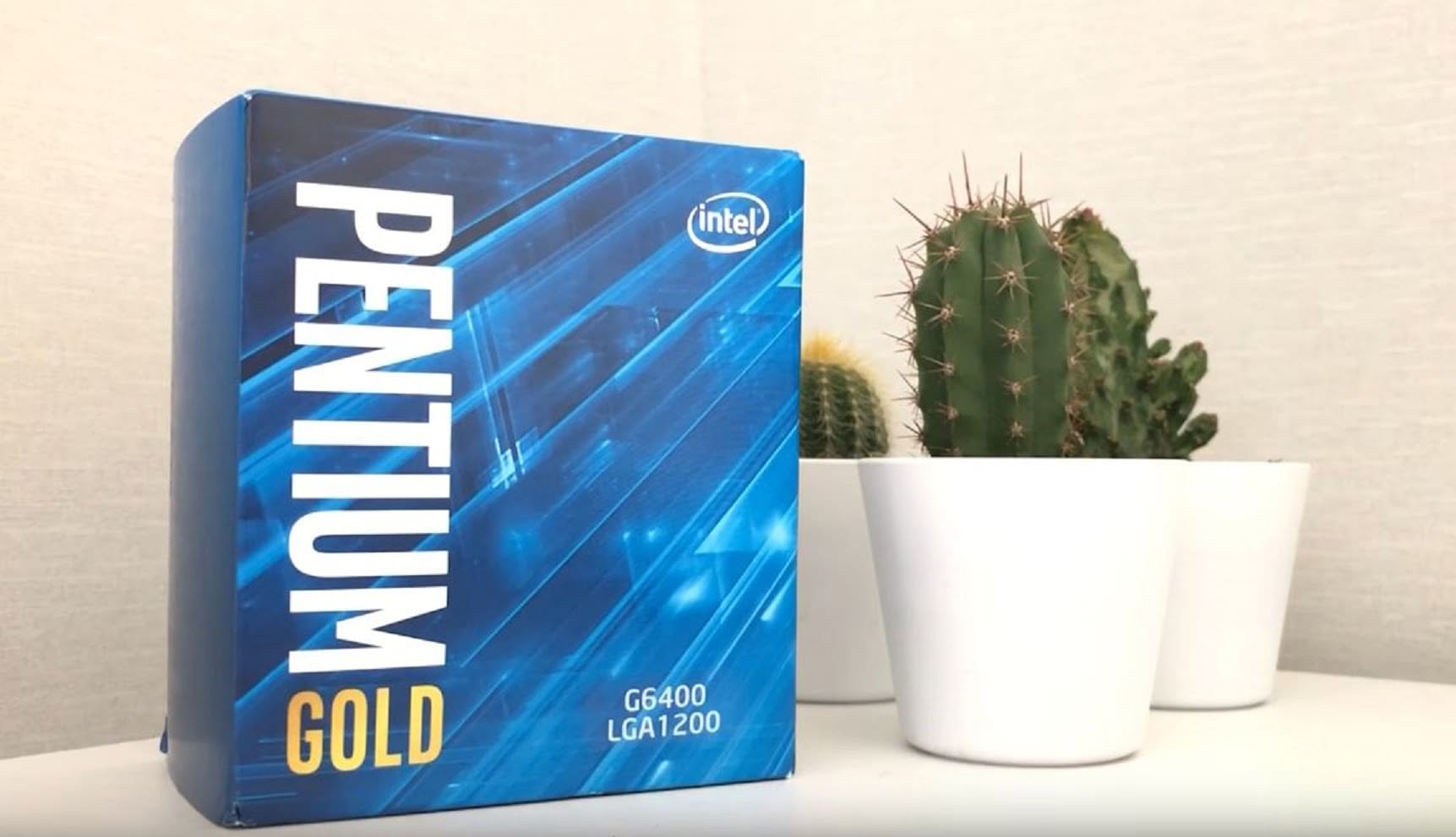 The author of the very popular channel RandomGaminginHD compared a fresh budget chip for the LGA 1200 Intel Pentium Gold G6400 platform with a relatively up-to-date processor of the competitor AMD Athlon 3000G.

Both processors have two cores, four threads, but the frequency of the G6400 is 500 MHz higher. You can familiarize yourself with the brief characteristics of both processors from the table below:

Before watching the video, or reading the news further, you need to keep in mind the fact that the Athlon 3000G chip was operating at its stock frequency of 3500 MHz. For some reason, the author of the video did not overclock the AMD processor. Besides, I would like to clarify something else: the cost of the Pentium G6400 is noticeably higher than that of the Athlon 3000G. For the $ 64 that is asked for a Pentium, you can purchase the same Ryzen 1200 AF (4 cores, 4 threads), which will definitely be faster than the G6400 in the vast majority of tasks.

Video comparison on the RandomGaminginHD channel:

As the final results show, the 4000MHz Intel Skylake is still a strong argument against AMD’s first-generation Zen-based processors. On average, the Pentium G6400 was able to outperform the Athlon 3000G by ~ 5-20% depending on the test application. Although, given the final cost of the LGA 1200 platform, it becomes rather difficult to judge how much the gain will be beneficial in terms of price/performance ratio.

But the fact remains – at the moment, budget Intel processors are slightly ahead of the available competitor chips. Anyway, until the release of the conditional Athlon 4000G processor built on the Zen 2 architecture.