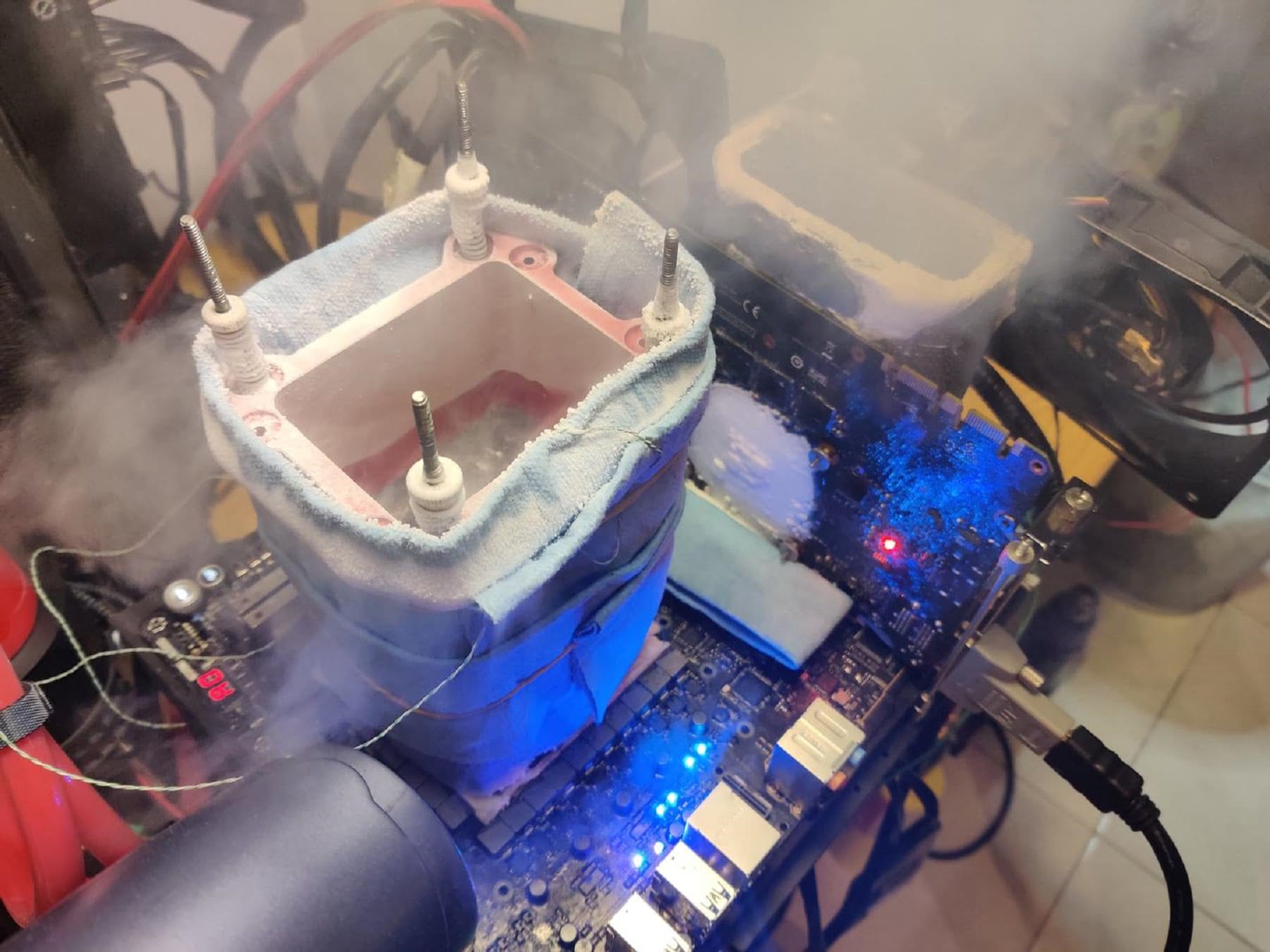 Today the Greek overclocker OGS was able to get as many as three gold medals in the ranks of the once-top GeForce GTX 680 graphics card.

Most notably, in one of the benchmarks, the GPU frequency was increased to an impressive 1907 MHz. For comparison, the stock frequencies of the chip are much more modest and amount to only 1226 MHz.

But let’s go in order:

In the relatively outdated 3DMark Vantage – Performance, the Greek limited himself to 1855 MHz for the core and 7400 MHz for the memory. The Intel Core i9-10900K central processor was overclocked to 6900 MHz, and the result was 75309 marks:

And finally, the last achievement of the Greek is the first place in the same ranks GTX 680, but already in the Unigine Heaven – Xtreme discipline, with a result of 3438.78 DX Marks. Here the GPU frequency dropped to the lowest mark of 1802 MHz, but the memory remained stable at the same 7400 MHz:

OGS did not begin to describe in detail the components that he used to achieve its results, so little was found out:

Jun 25, 2020Cath
Microsoft is giving away Farming Simulator, Blackbeard's Cove, and a few more games for freeAER and Stranger Things 3: The Game are available for free at EGS