OGS sets a record for three video cards in 3DMark 2005 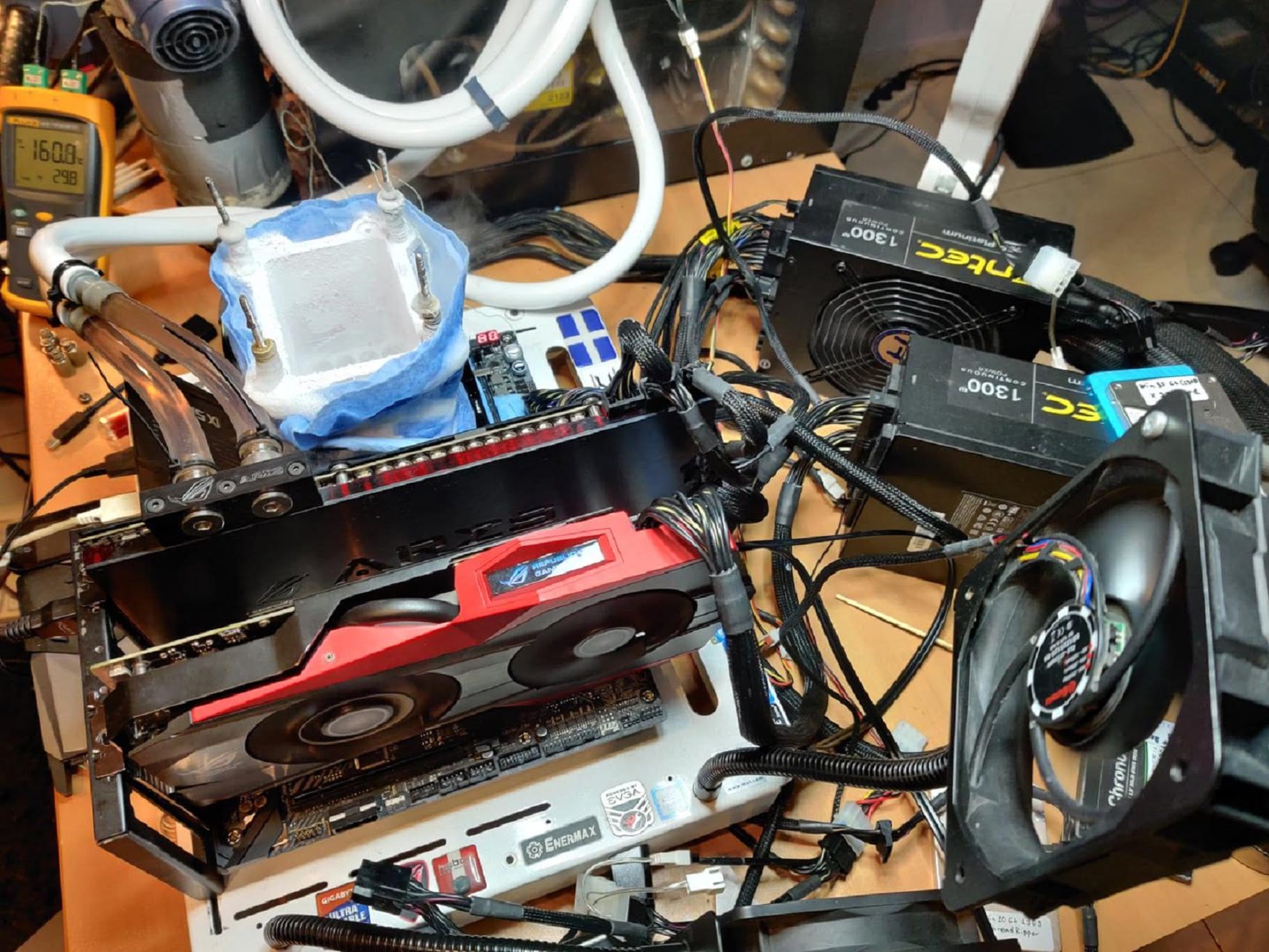 It should be noted that the Greek enthusiast OGS is quite good at overclocking and modifying video cards. Last year he achieved hundreds of pretty serious results. Moreover, some of them were world records.

Today, two different specimens of the rather hot and “gluttonous” video cards Radeon R9 290X and Radeon R9 295X2 have become his experimental ones at once. And here it is necessary to make a note. OGS used two video cards to achieve the record in the three-card ranks. This can be explained quite easily: One of the charges was the ASUS ARES dual-GPU card.

It is difficult to judge how legitimate this loophole is – but given that the HWBot administration does not remove similar results, we can say that this is legal and does not contradict the rules.

To achieve such an impressive result, the Greek used a Core i9-9900K processor overclocked to 7240MHz and a top-end ASUS ROG Maximus XI Apex motherboard.

As for the video cards, the three 28nm Hawaii chips were overclocked to a frequency of 1100MHz, and their video memory was functioning at 5000MHz.

Colleagues of the Greek overclocker noticed that ASUS ARES is a very powerful tool in capable hands, and the American enthusiast under the nickname Splave hinted that he will soon be able to surpass the result of OGS.

Jan 7, 2020Cath
The mod that takes the player to the updated city of Vice City, released for Grand Theft Auto VCES 2020: AMD Ryzen Threadripper 3990X processor with 64 cores priced at $3990