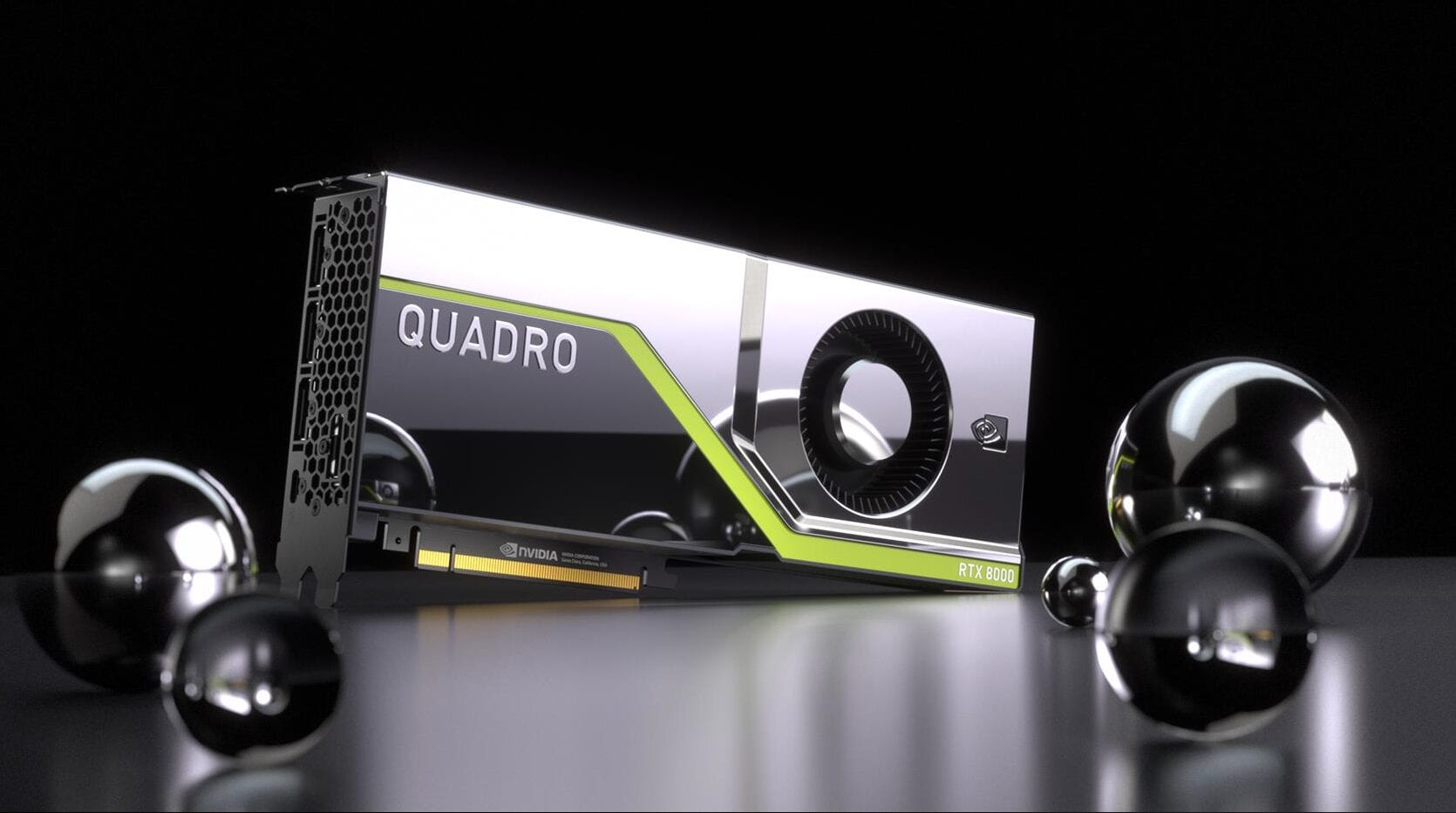 Less than a week ago, NVIDIA introduced its new line of consumer video cards GeForce RTX 30. The characteristics of these devices have already been studied far and wide, so insiders and the specialized press turned their attention to the yet unannounced update of the Quadro RTX series. Moreover, the new leak reveals interesting details about the top-end product in the Quadro series.

According to Moore’s Law Is Dead, the most powerful Ampere generation NVIDIA Quadro RTX graphics card will have a full-featured GA102 graphics chip with 10,752 CUDA stream processors and a 48GB GDDR6 video buffer.

Apparently, at the moment the manufacturers of GDDR6X video memory cannot provide the required 48GB capacity, and NVIDIA simply had to install an “outdated” type of memory on its top product.

Thus, the bandwidth of the lighted version of NVIDIA Quadro RTX is 768 GB/s, which, as you might have guessed, is significantly lower than that of the same NVIDIA GeForce RTX 3090, whose memory bandwidth reaches an impressive 936 GB/s.

Most likely, next year, when the release of high-volume GDDR6X crystals picks up steam, the “green giant” will burst out with an updated NVIDIA Quadro RTX generation Ampere with advanced video memory onboard.