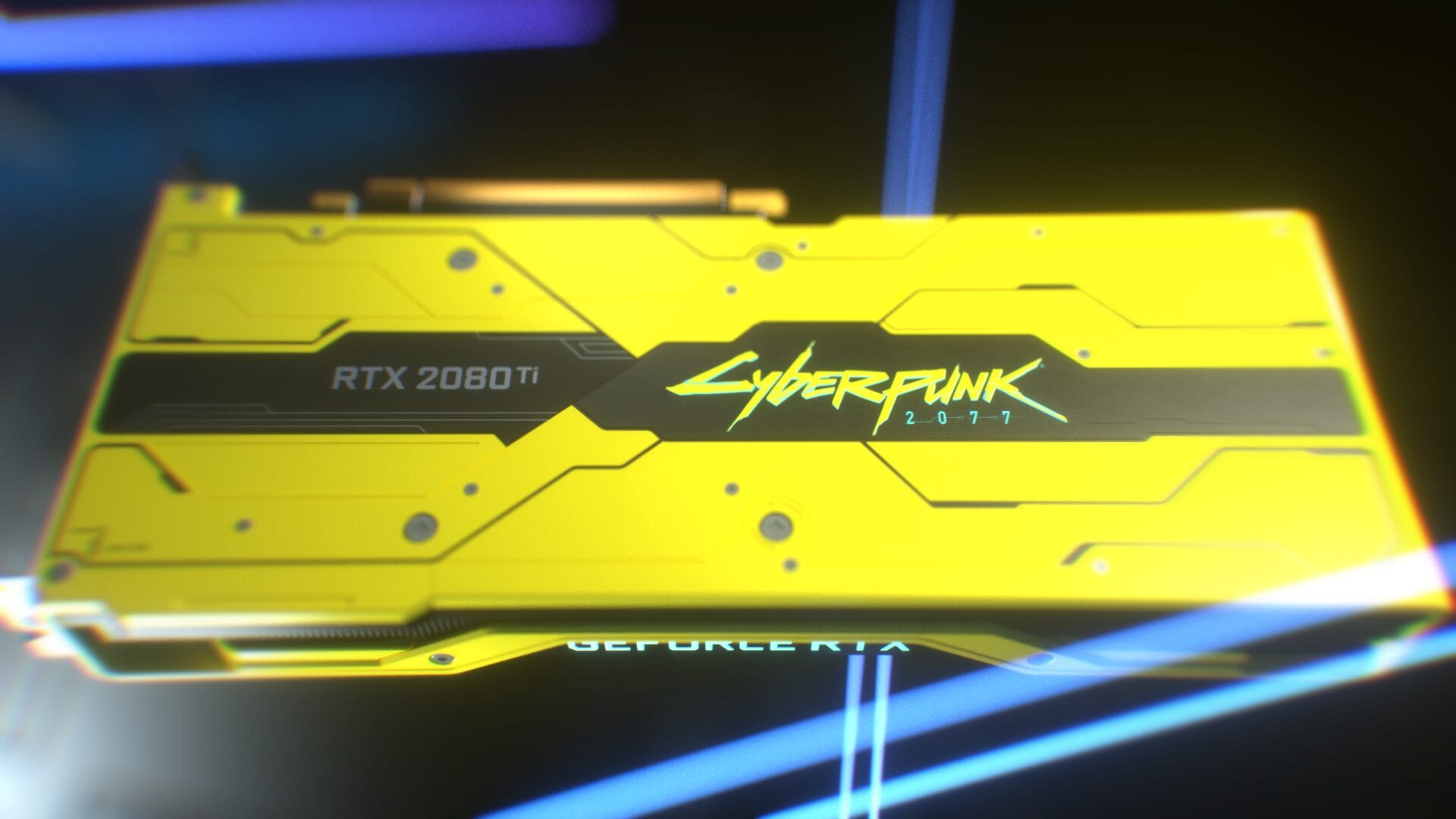 GeForce RTX 2080 Ti Cyberpunk 2077 Edition will not be sold on any of the sites in the world. The card was released in a circulation of 200 pieces and 77 of them are intended exclusively for drawing on GeForce social networks on Twitter, Instagram, or Facebook.

In order to try to get a bright novelty, you need to go to one of the NVIDIA social networks: Twitter, Instagram, or Facebook and do the following:

Write the hashtag #RTXOn, mention the Twitter/Facebook/Instargram account that advised you to wait for the release of the Cyberpunk 2077 game, and repost the entry.

However, do not flatter yourself, because judging from the official information from NVIDIA, the countries of the former CIS (Ukraine, Russia, and Belarus) will not be able to take part in the drawing. Here is a list of countries that are eligible to participate:

Nevertheless, nobody will prevent you from testing your luck and who knows, maybe if you win, NVIDIA will take pity and send you one of the exclusive video cards.

It is also unclear where the remaining 123 video cards will go. It is likely that NVIDIA will hold a separate draw on the territory of the former CIS and residents of our countries will also be able to try their luck and get the opportunity to win a unique GeForce RTX 2080 Ti Cyberpunk 2077 Edition card.