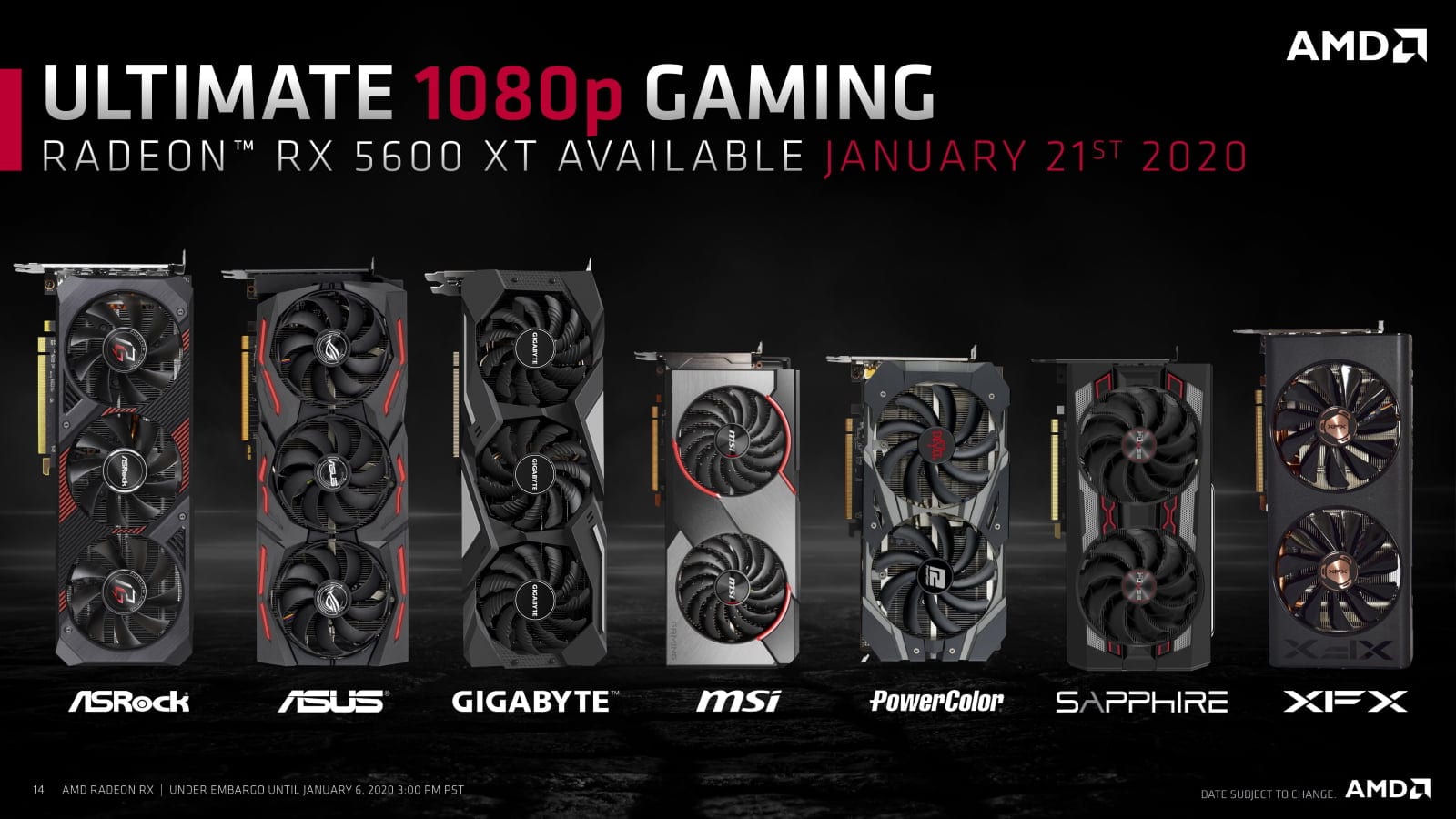 Sales of the Radeon RX 5600 XT video card started yesterday and almost all AMD partner companies managed to present their versions of the novelty before that time. But if you follow the news, not everything went as smoothly as AMD would like. Due to the release of the RX 5600 XT, NVIDIA has lowered the price of its popular GeForce RTX 2060 graphics card from $349 to $299, making the latter a slightly more profitable solution than the new product from AMD.

In turn, the “red” giant almost at the last minute before the release of the Radeon RX 5600 XT gave permission to increase the base frequencies of the video card by updating the BIOS. As a result, it turned out that all the prepared marketing materials were outdated even before the start of sales.

Considering that, in fact, the Radeon RX 5600 XT video card is a cut-off version of the Radeon RX 5700, we can safely say that models with a combination of 8 and 6, or, even better, an 8 and 8-pin auxiliary power connector, will become a more profitable purchase. Thus, of course, in theory, you will be able to overclock your video card to the frequencies of the older models (RX 5700), which is clearly not possible if you choose a card with one 8-pin additional power supply.

And the last of the cards of interest at the moment is SAPPHIRE PULSE. Its GPU frequencies are slightly lower than those described above, however, as a rule, the quality of SAPPHIRE products is high enough and quite enough to take even higher frequencies than the company installed at the factory. The frequency formula for SAPPHIRE PULSE Radeon RX 5600 XT is as follows: GPU – 1615/1750MHz and memory 14GHz.

It should be understood that in the near future, all AMD partners will have to release an updated BIOS with increased chip and memory frequencies. Nevertheless, at the moment, not all firmwares have been released yet, therefore the above-described video cards are more profitable solutions against the background of competitors.

Our colleagues from TechPowerUP have already tested the SAPPHIRE PULSE Radeon RX 5600 XT video card with the new and old BIOS. Check out their performance studies below for Battlefield 5, FarCry 5, and Rainbow Six Siege, or better, head over to TechPowerUP to watch the full benchmark.

On average, the new firmware brings about 10% performance to the RX 5600 XT, which is pretty good overall. However, it should be understood that along with the increase in frequency, the power consumption of the video card also increases:

As a result, the Radeon RX 5600 XT turned out to be quite an interesting and productive video card, the release of which was slightly overshadowed by the need to update the BIOS, which is not always an easy task for the end-user.