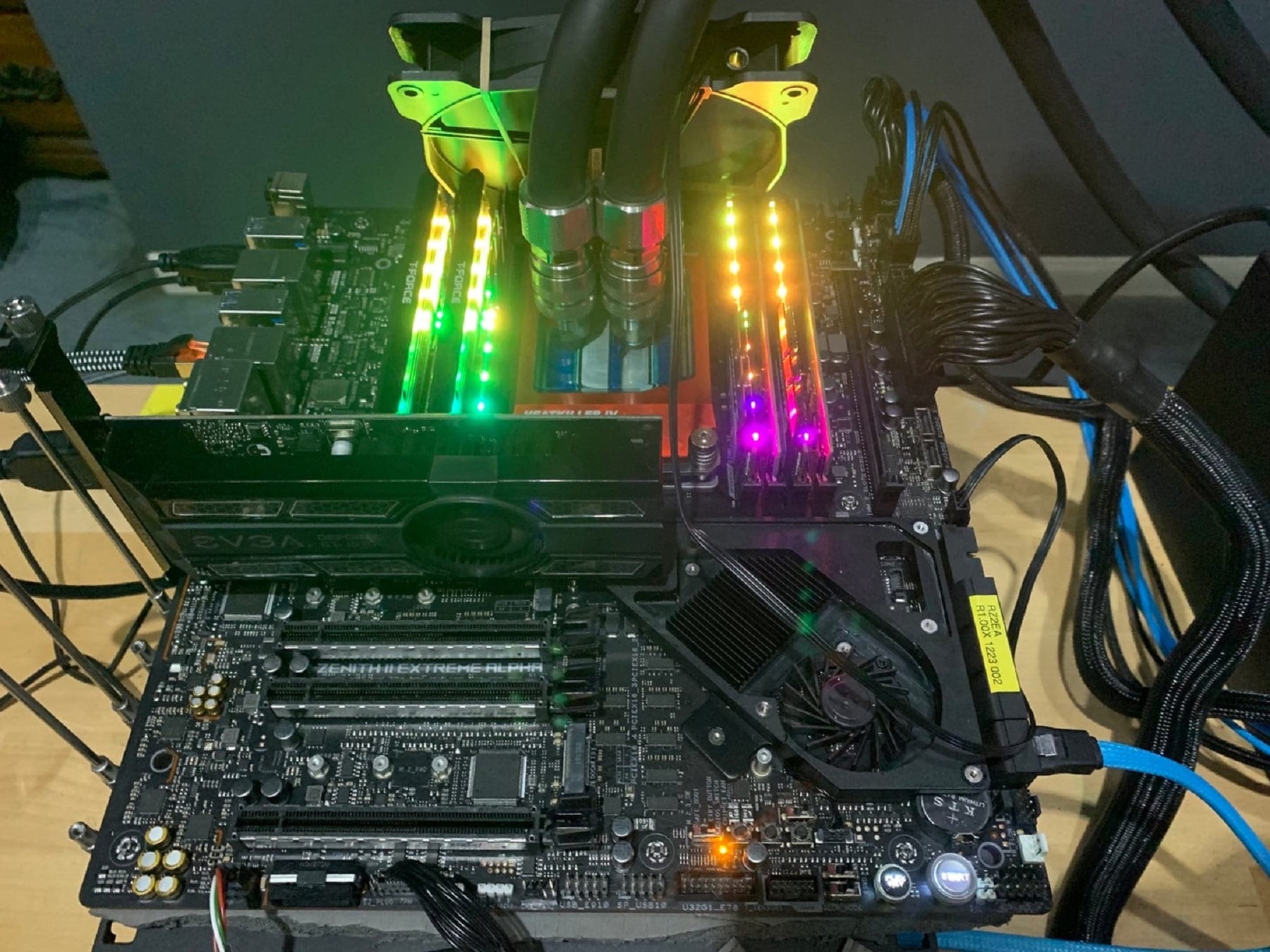 Today, the American overclocker keeph8n presented four new records to the public at once: two in the AMD Ryzen Threadripper 3960X processor rank and two in the 24-core rank.

It should be noted that throughout the entire bench session, the chip was cooled not with liquid nitrogen, which is usual for extreme experiments, but (relatively) with an ordinary water cooling system.

During testing, the processor operated at 4004 MHz at 1.240 volts, and the final result was an impressive 48.263 frames per second:

The second achievement for keeph8n was the first place in the 24-core rank in the no less difficult discipline wPrime – 1024m.