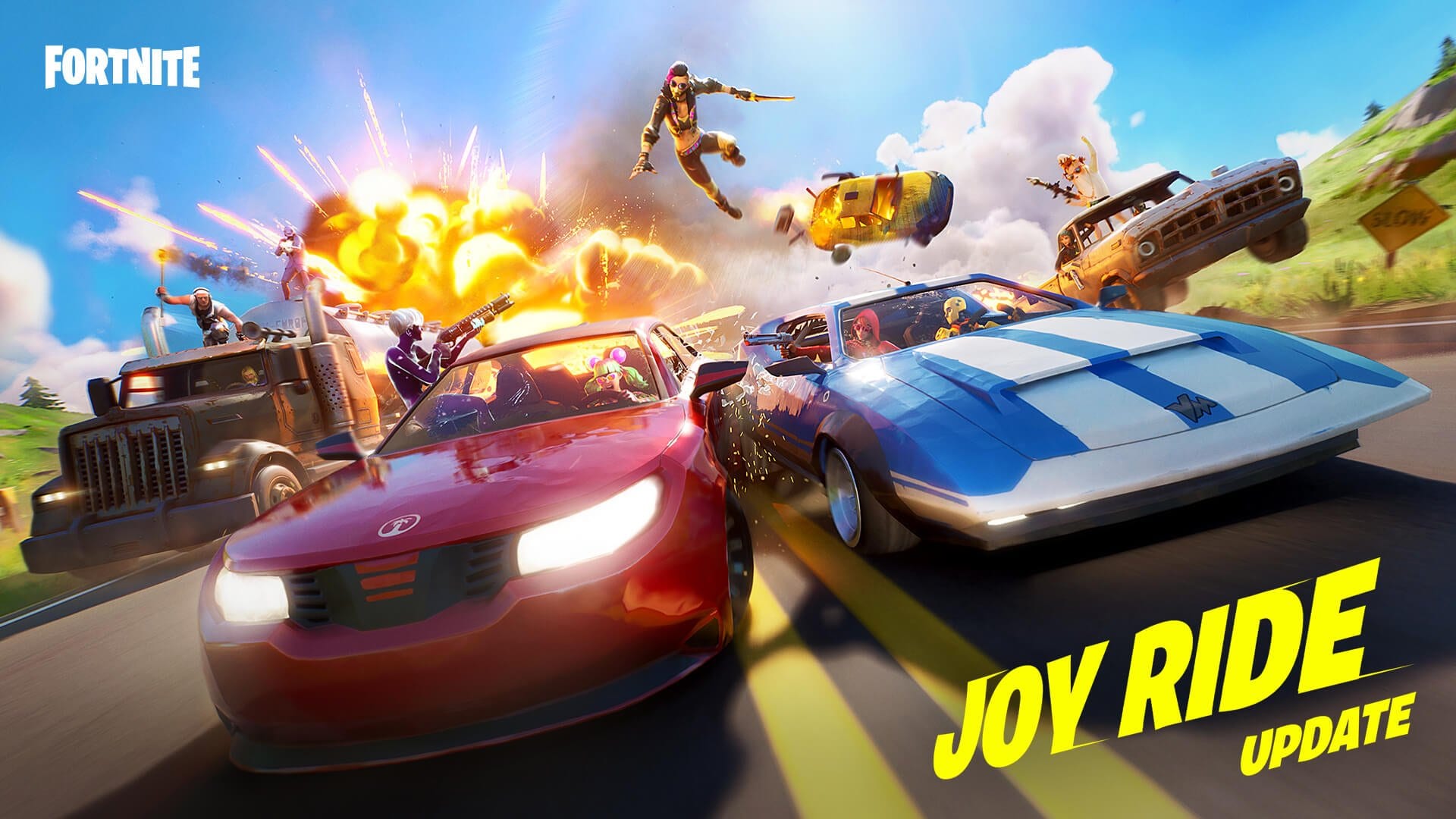 As you might have guessed from the title, the “Joy Ride” update brought driving cars to the game. In fact, it is extremely difficult not to reproach Epic Games for such blatant slowness, because the main competitors have already acquired controllable vehicles in their projects for quite some time. The same PUBG even has motorcycles and snowmobiles in its arsenal.

However, this change will add new experiences to Fortnite’s long-standing gameplay.

In addition, Epic Games did not reinvent the wheel and implemented the basic mechanics for vehicles in battle royale: cars will run out of fuel and will need to be replenished either at the nearest gas station or by looking for cans of gasoline that are randomly scattered around the island.

Just in case, we remind you that Fortnite will be compatible with the next-generation consoles PlayStation 5 and Xbox Series X at the start of their sales, and will also receive an updated version on the Unreal Engine 5 in 2020.

Aug 6, 2020Cath
Takukou Takes Two Rank Records for AMD Ryzen 3 3100 ProcessorThe Epic Games Store is giving away for free Welcome To Shovelworks and Wilmot's Warehouse this week. Next comes Remnant: From the Ashes!