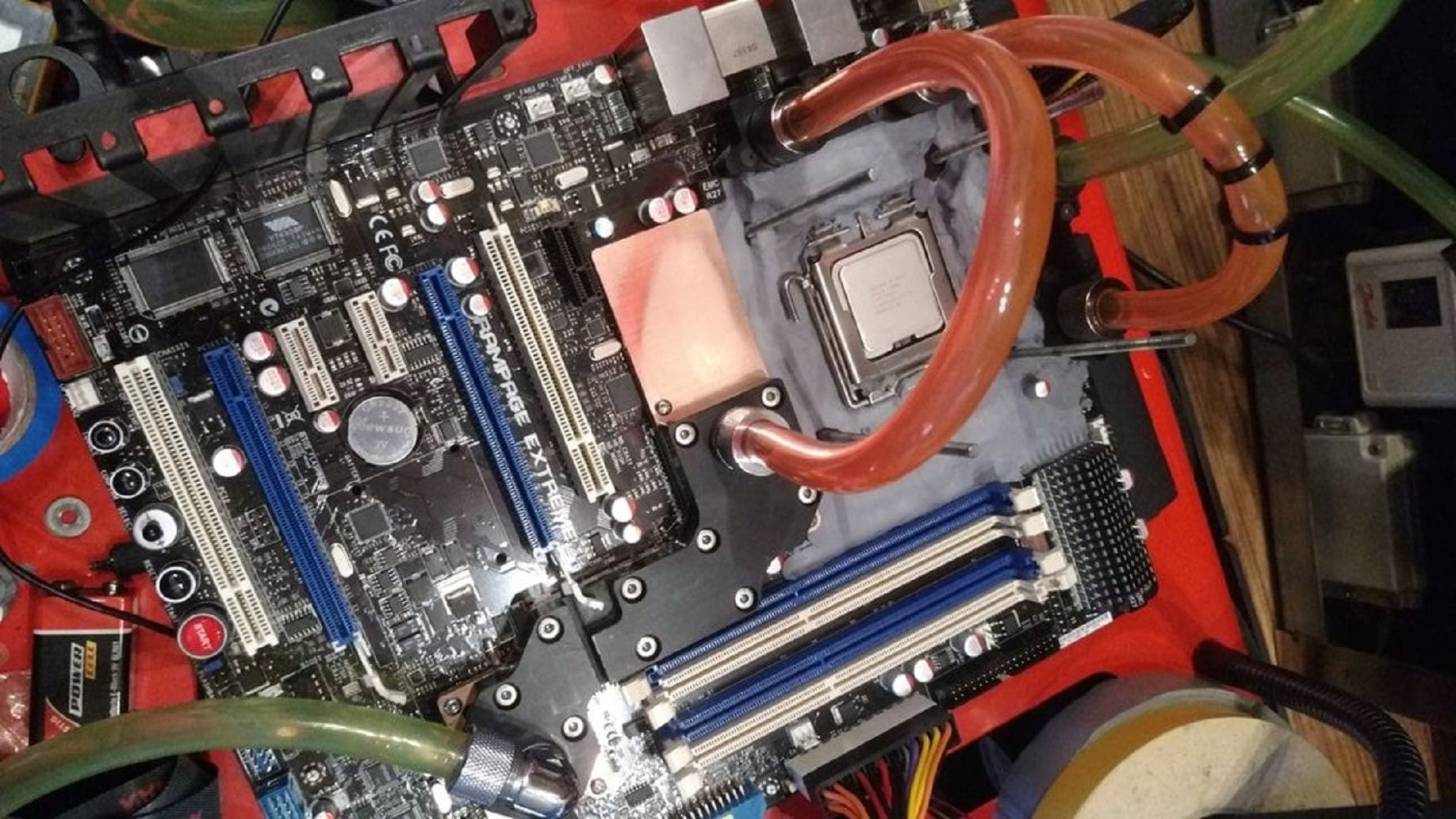 The German overclocker Eisbaer798 was able to distinguish himself with two first and one third places in the ranks of the Intel Core 2 Duo E8400 processor.

In the single-threaded test of the Geekbench3 benchmark, the enthusiast’s scores were 3430 points. At the same time, the chip was overclocked to a frequency of 5850 MHz, and the DDR3 RAM operated at a speed of 2166 MHz, which, it is worth noting, is extremely large for the LGA 775 platform:

In a multi-threaded test, the result was 6320 points. The chip frequency and memory have not changed:

The last, but no less significant record was the third place in the Cinebench – R15 discipline. In this case, overclocker managed to increase the chip frequency to 5863 MHz and the memory frequency to 2170 MHz. The final result was 328 points:

The Eisbaer798 test setup consisted of the following components:

Also, the German shared photos of the record stand:

And additional photos of a homemade water cooling system for the north and south bridges:

Considering that the memory controller for the LGA 775 platform is located exactly in the X48 chipset – the SVO for the northbridge is a very effective way to increase your chances in the competitive mode (but liquid nitrogen is better).