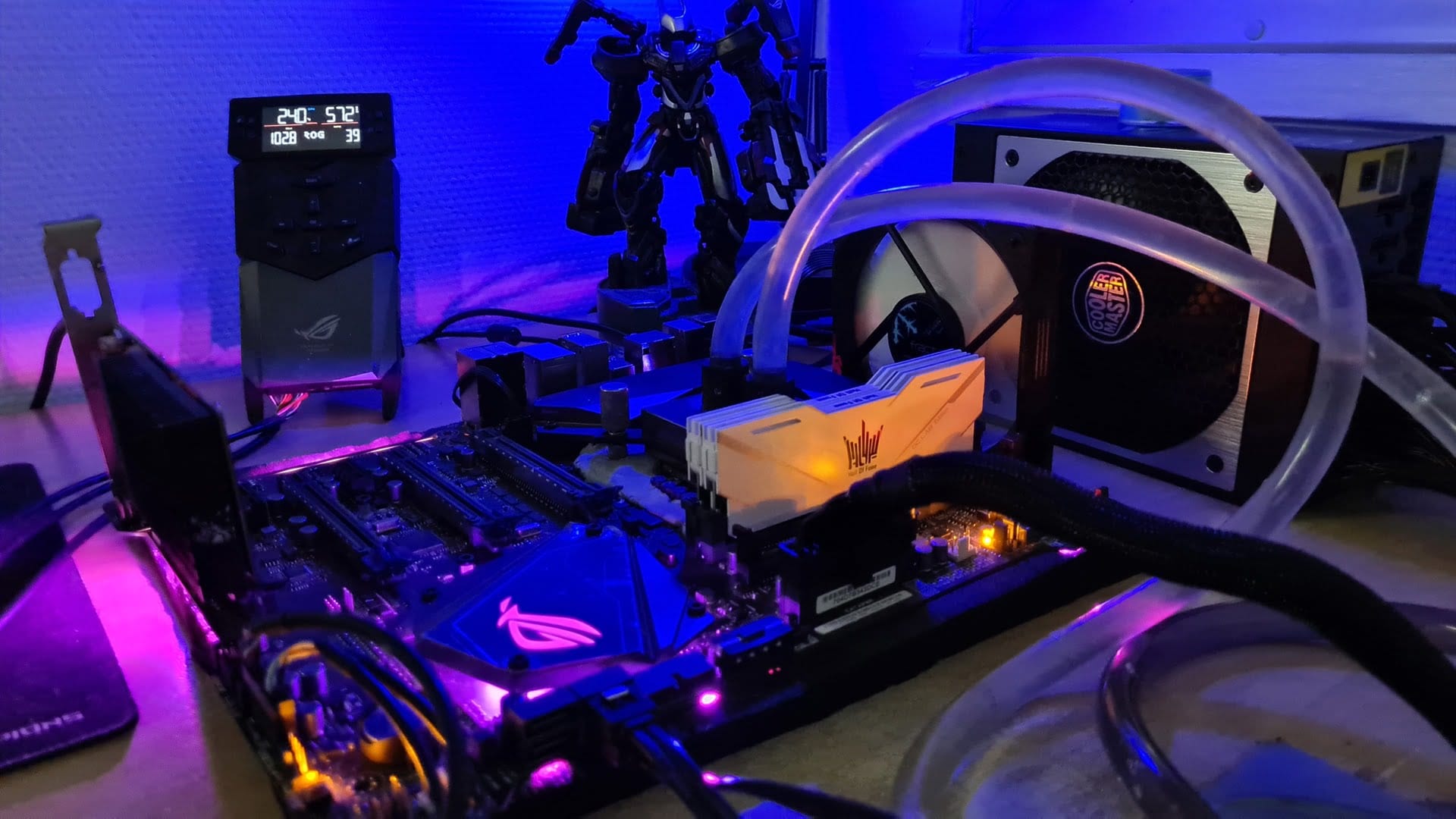 Overclocking modern and relatively modern Intel processors with a locked multiplier is a thankless task: the BCLK bus frequency is rigidly tied to the rest of the CPU nodes, which is why, at best, its maximum stable speed is limited to 104-109 MHz (and this is in the presence of a decent motherboard). There is, of course, a loophole that allows you to force Skylake chips above 110 MHz by BCLK, but in this case, the speed of execution of AVX/AVX2-instructions is almost halved.

This is completely unacceptable in current benchmarks since most of them get a tangible acceleration precisely from the AVX / AVX2 extensions. A good example is the HWBOT x265 Benchmark used in this news note:

Such a low final frequency of the chip allowed the overclocker not to switch to extreme cooling methods, just to limit himself to using a “simple” liquid cooling system.

The darkgregor test setup consisted of the following components: