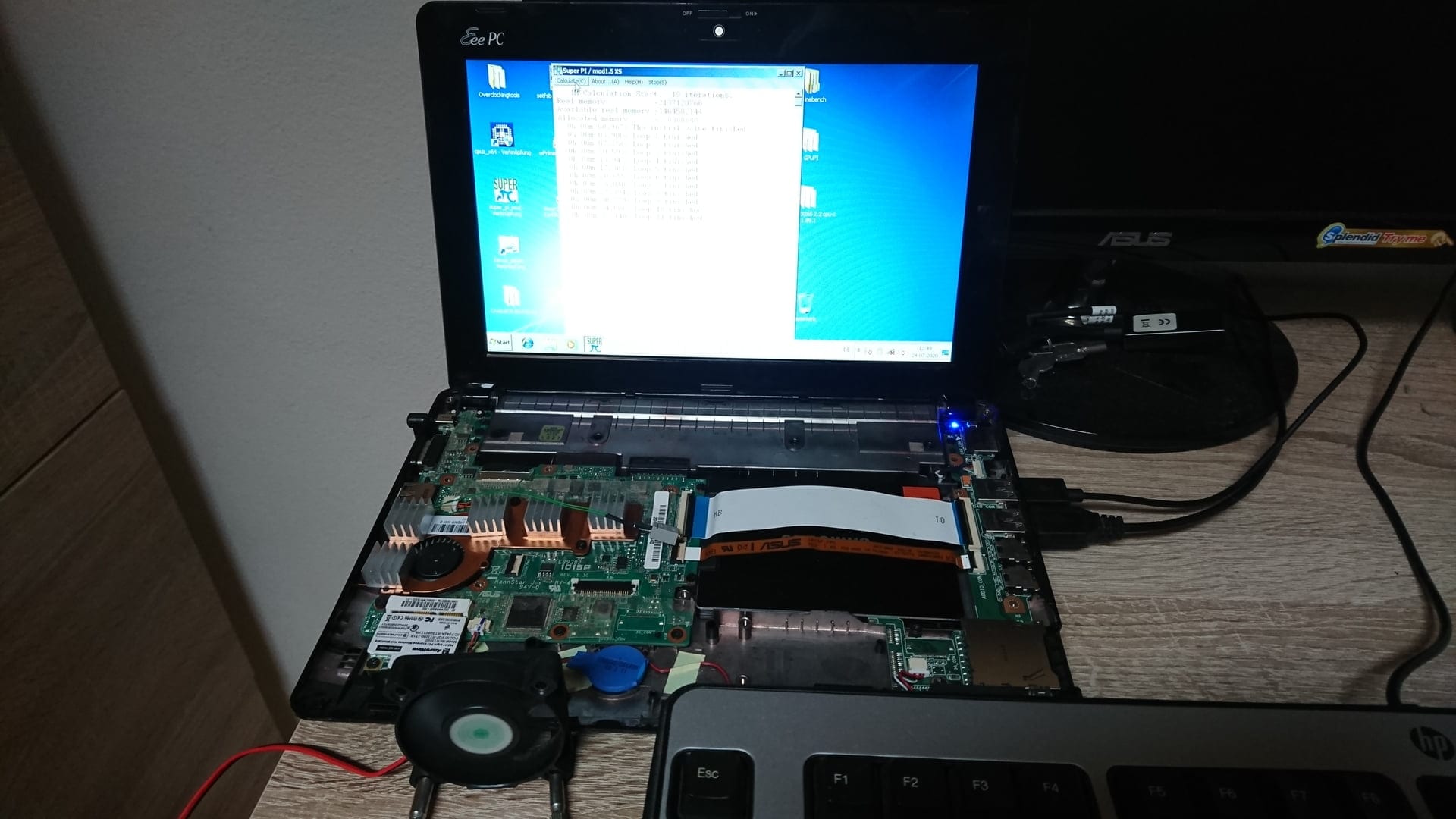 Today the Italian overclocker aperacer had published five rather interesting results obtained on an old, mobile Intel Atom N455 chip. First of all, these results are interesting because relatively non-standard overclocking methods are used to overclock laptop processors. For example, in order to cool the forced CPU, the Italian had to disassemble the test laptop ASUS Eee PC 1015PE (Seashell) and install small heatsinks from the video memory using thermal paste on the copper casing of the CO processor:

But that’s not all: Due to considerations of reliability and durability of a mobile device, the “laptop” BIOS is greatly simplified and it simply lacks functions responsible for overclocking the processor or RAM. Therefore, aperacer had to use a software overclocking method, which implies the use of the SetFSB program.

So, with the help of SetFSB, the Italian was able to overclock the Atom N455 processor to an amazing 2223MHz (the base frequency of the chip is only 1660MHz), thus securing first place in the ranks of the CPU of the same name.

Benchmarks and results obtained in them:

In this case, a disassembled laptop ASUS Eee PC 1015PE was used as a test setup. However, the device has been slightly modified: for example, the hard drive in it was replaced with an SSD model SAMSUNG SSD 830 Series (FW: CXM03B1Q).