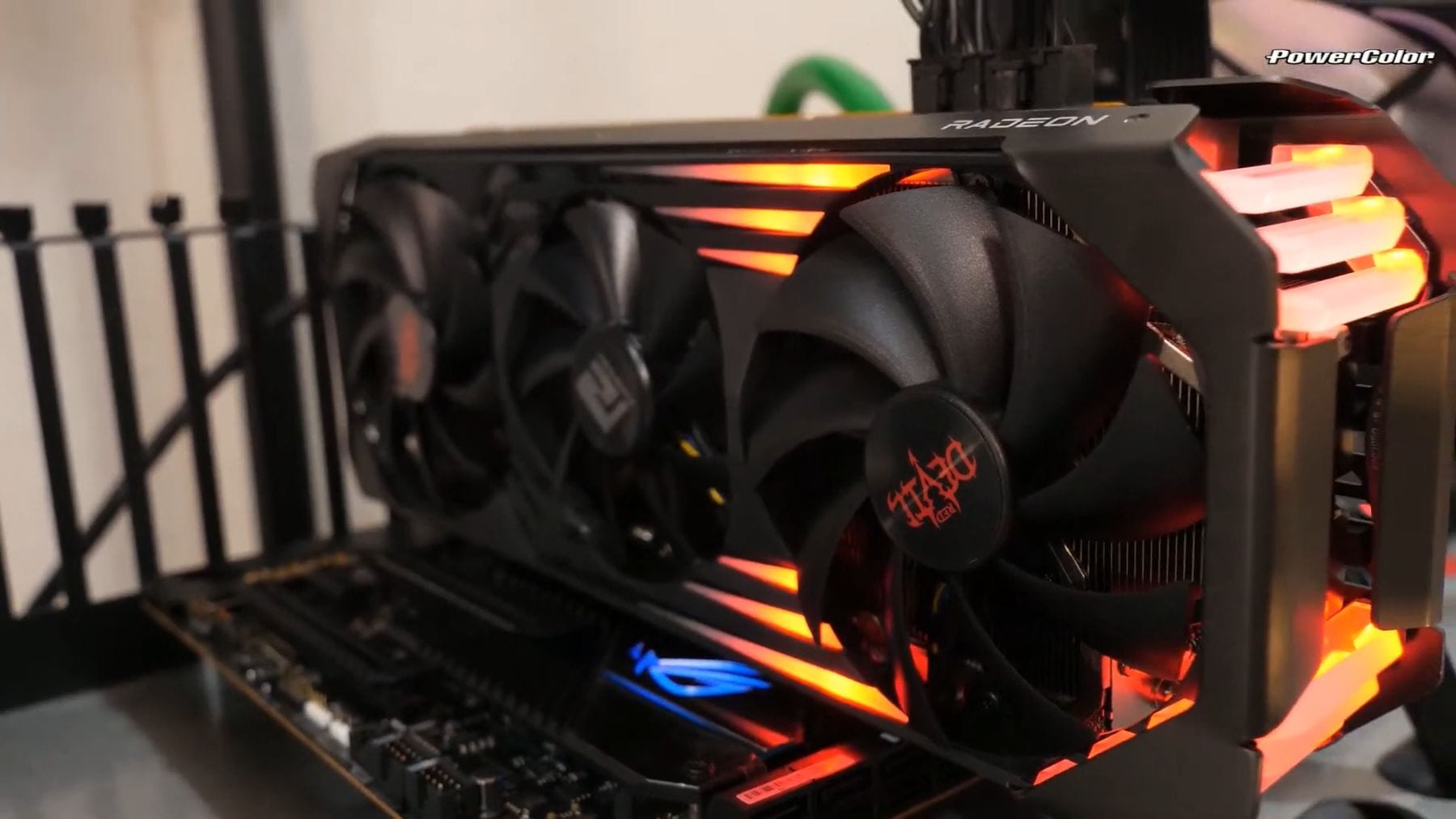 It seems that the authors of the “ExtremeIT” YouTube channel (316,000 subscribers) somehow got their hands on a sample of the top-end PowerColor Red Devil RX 6800 XT video card and immediately published its tests. However, the video is no longer available at the moment. Apparently, PowerColor did not particularly like this gesture from popular enthusiasts and asked to close access to the corresponding video as soon as possible.

Fortunately, the guys from VideoCardZ managed to capture several fragments of the deleted video and posted them.

So, let’s start with the fact that the video card is built on its own PowerColor design. Even with the naked eye, you can see that the Red Devil RX 6800 XT turned out to be very monstrous and takes up three+ expansion slots. In addition, it is significantly longer than the AMD reference.

In the photos below, it is quite difficult to distinguish the number of heat pipes piercing the plates of a massive heatsink of a video card, but it seems that there are at least four of them. The radiator itself is cooled by three fans: two for 100mm and one for 80mm.

In addition, the video card has a very interesting and quite spectacular backlighting in the style of incandescent pipes.

Now for the frequencies. By default, the video card runs at 2090 / 2340MHz for the core and memory, respectively. But thanks to overclocking, according to the software monitoring of the GPU-Z utility, the guys from ExtremeIT were able to reach 2750MHz “game frequency” and 2800MHz “maximum” clock frequency. Which looks just amazing, since the reference cards can’t even come close to reaching such high frequencies.

Nevertheless, the Red Devil RX 6800 XT was not stable at this frequency. In order to successfully pass the 3DMark Fire Strike test, ExtremeIT representatives had to lower the frequencies to 2600/2650 MHz for GPU and VRAM, respectively. This allowed the RX 6800 XT Red Devil to score an impressive 56,756 points with 1080p presets: